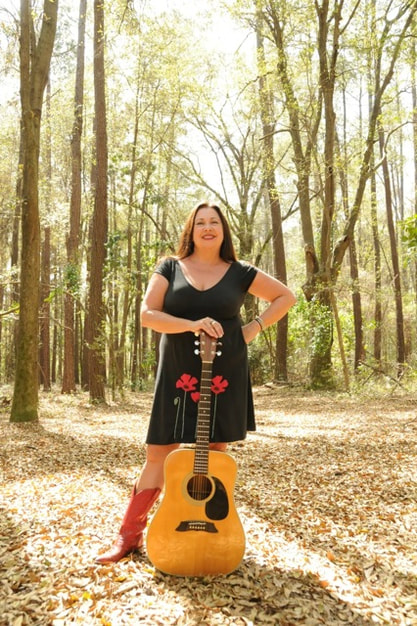 Storyteller/singer-songwriter, Dawn grew up in the Ozarks amid lots of mountain music, arts, storytelling, beautiful hills and rivers. She taught herself to play guitar at 13. At a family gathering at about that age, after she had finished singing and was taking a break, her mother pulled her aside and asked, "Don't you know anything besides death and dying music?"  She's proud to play Americana music, which is full of "death and dyin," an integral part of  the human condition.

These days her day job is as a professor of theatre. She's currently touring
a one woman show that is a companion piece to The Vicious Hillbilly CD called, The Vicious Hillbilly or Dating in the Deep South. She founded and operated the last traveling Toby tent show in the country and researches and publishes about that and tent theatre.
Link to Dawn's Academic Website: HERE
Powered by